My Article was published today @ Propertyguru, Singapore's most popular real estate website which enjoys a high viewership in Singapore and abroad. It's a proud moment for me. 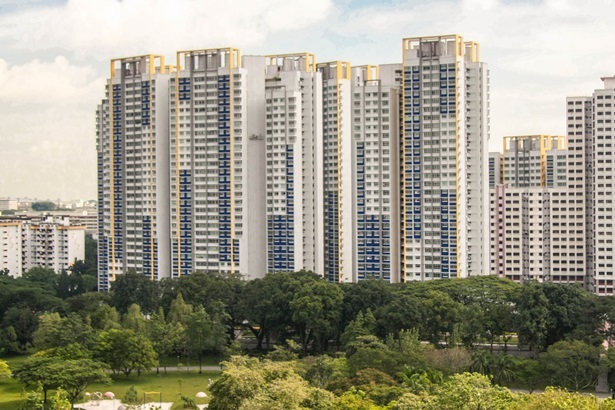 The rental price gap is narrowing between HDB flats and condo units.
By Sukanya Thalpati
Singapore remains the world’s most expensive city, according to the latest Worldwide Cost of Living Surveyreleased by the Economist Intelligence Unit (EIU). Meanwhile, the property and job markets here are going through a slump. It has also been widely reported that the global oil and gas sector has been greatly affected.
At the same time, we also see other sectors being affected. For instance, Singapore’s banking and finance industry is seeing a slowdown. As a result, consumers have become more cautious with their spending habits.
Demand and supply
With fewer jobs being created, there has been a relatively lesser influx of expatriates moving to Singapore, which has caused a fluctuation in demand and supply. Expatriates whose jobs have been affected, have also moved out of Singapore. This has led to an increase in supply of homes and less demand for them, thereby reducing rents. Adding to this is the slew of stringent cooling measures by the government to prevent a property bubble here, which impacts the rental market.
The government also imposed a quota system for HDB rentals which took effect from 16 January 2014. This system was introduced after the Little India riots, to help maintain a good ethnic mix in HDB estates.
The HDB said the measure was put in place “to prevent the formation of foreigner enclaves in HDB estates, and maintain the Singaporean character of our HDB heartland”.
Malaysians are not subject to this quota in view of their close cultural and historical links with Singaporeans. The non-citizen quota is set at eight percent for neighbourhoods and 11 percent for an HDB block, and is applicable if the subtenant renting the entire flat is a non-Malaysian foreigner. If the quota is reached, then only Singaporeans and Malaysians can rent a flat in that neighbourhood or block.
Information on the quota allotment is available on the Housing Board’s website. It is updated on the first of every month and changes every month, depending on transactions taking place during the month.
Click here to check the quota, which has affected the HDB rental market.
Shifting rental trends
The influx of new condominiums in the market has also led to a drop in private housing rental prices. Analysts expect a flood of 26,467 new private condo and executive condominium units this year.
We see a shift in rental trends, where expatriates who used to prefer renting HDB flats, are now choosing condo units instead.
The gap in rental prices between HDB flats and older private properties has narrowed quite a bit, making condominiums, which come with facilities like swimming pools and gymnasiums, more affordable for new expatriates.
According to data from the Urban Redevelopment Authority (URA), private residential rents dropped by 4.6 percent last year. The suburbs registered the biggest decline, with rents falling 5.6 percent, followed by the city fringe and city area at 4.9 percent and 3.8 percent, respectively.
The dynamics of demand and supply have largely impacted the market, and its effects can be seen. It looks like this slump may stay for a while unless there’s a drastic change in market dynamics or economic policies.
This article was first published on dreamhomeforu.blogspot.sg.
Below is the link from the website

If you like what I have written do drop a comment under my write-up on their page.

* Romesh Navaratnarajah is the Singapore Editor of the  Property Guru Group.
Posted by Dreamhomeforu