The Urban Redevelopment Authority (URA) released the real estate statistics for 4th Quarter 2014.1 on 23rd January 2015 in it’s website wherein one can see that, 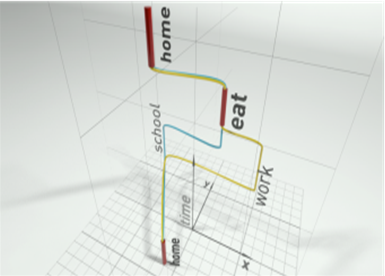 “In fact, during the Lehman crisis in Q4 2008, the vacancy rate was at 6.1 percent, which means the current percentage has increased quietly to a higher rate than what was during the 2008 Economic crisis.
But naturally, this increase is mainly attributed to the cooling measures introduced over the years and the global uncertainty.
Potential investors are now taking a wait-and-watch approach.
Adding to this is the crude oil crisis which has affected jobs in this industry leading to lay-offs.
World economic growth in 2014 was weak and is still recovering at a slow pace. Economic growth around the world is uneven.
In Singapore, there have been lay offs in a few sectors and there is a rise in expatriates not seeing employment contract terms being renewed upon expiry, leading to a growth in vacant stock in houses.
There isn’t a huge influx of expatriates coming into , since the Government adopted policies to encourage the Citizens and residents to get priorities with regards to jobs and is stiff with granting work permits and new employment passes unless the skill is not available locally and is absolutely required by a company.  This again is a factor that contributes to vacant stock in houses.
Last but not the least the cooling measures taken by the Government have now started to show it’s effect.
Foreigners are finding as a less attractive option for employment compared to other countries now. All this definitely leads to vacant stock in houses.

All this by far definitely indicates that it’s a tenant’s market and going to be so for a while to come.